I successfully brought a lot of parts into Uruguay. Great.

Next step: say hi to my KLR.

I actually wanted to do that as soon as I got there, but it appears that mechanics and bike-storage-people also have weekends, so I needed to wait until Monday. It was Saturday. Hmm, what could I do while I waited… That’s right, get fucking trolleyed. 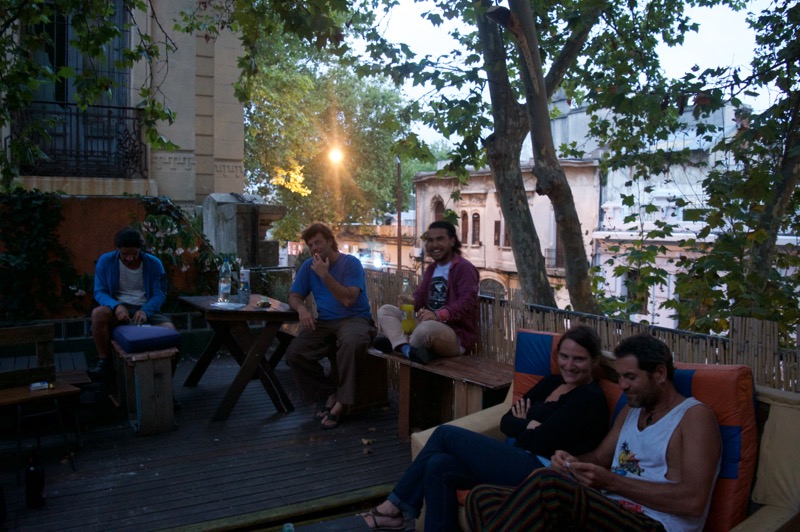 My hostel, the Willy Fogg (will he fuck?), proved to be an excellent location to do just this. There are rumors going around that there is a time warping vortex lurking on the roof terrace which makes hours feel minutes and weeks feel like days. Although these claims have not been scientifically verified.

This situation intensified when some very excellent musicians from Chili showed up. 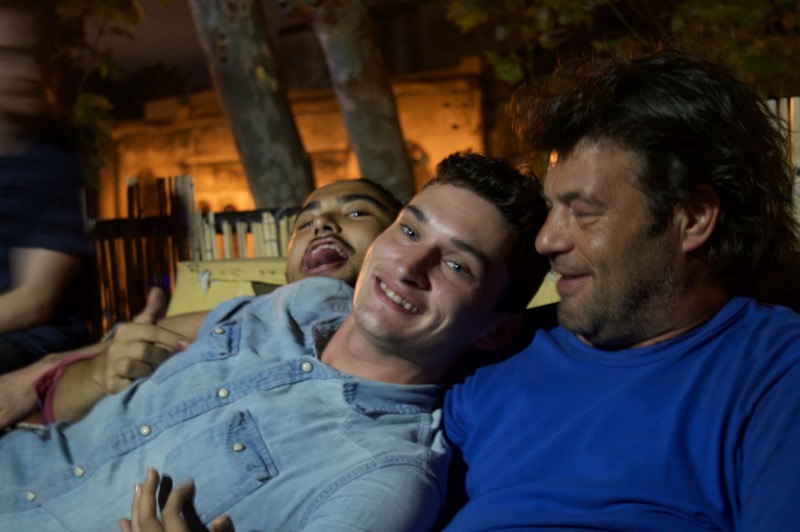 The things we do. 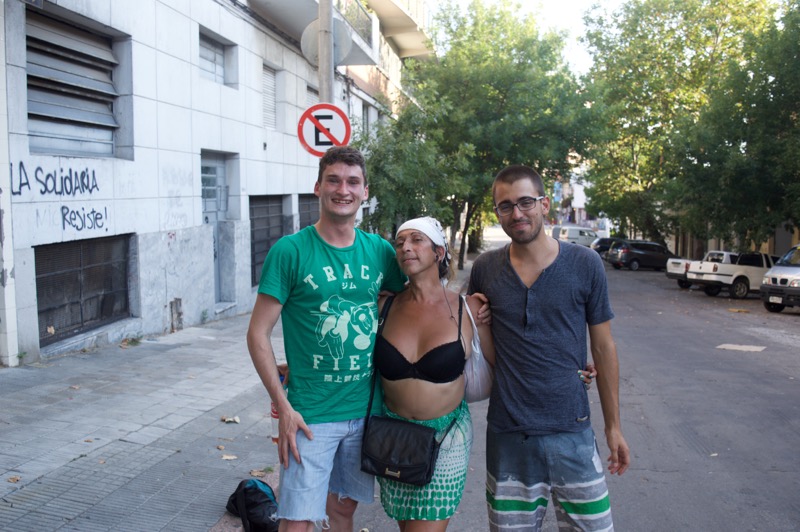 Because of the roof terrace, it didn’t take long before it was Monday. I showed up at Willie Motos and was very, very, VERY pleased to see my bike!!! 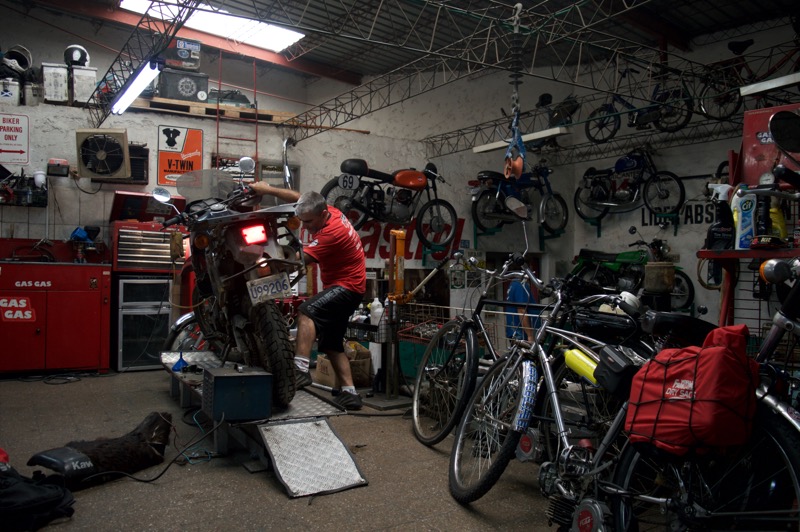 There he is, shining bright like the star he is.

I kind of forgot how much of a wreck it was. I wasn’t expecting that much of it, but still, goddamn what a piece of shit. Love it. 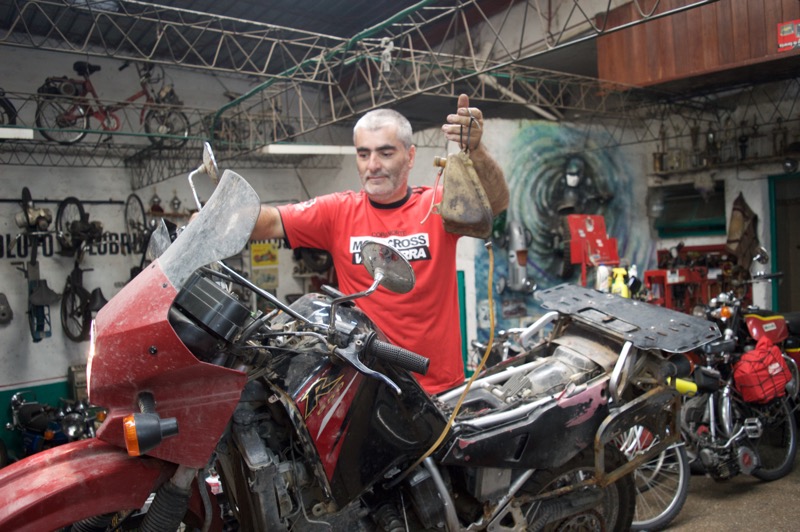 On the IV. Do we have a pulse?

Also the rust really took its toll. A couple of months ago we got an email from Kevin, the dude that we stored the bikes with, saying that our bikes were rusting really badly while they were parked in his storage. He asked if we had been driving anywhere with lots of salt. Hmm, how about the salt flats? It would have probably been a good idea to wash that salt off before storing them for half a year.

The next step was to install all the parts that I brought. Willie recommended against doing it myself, because the bike was so fucked. But as you know I’m stubborn as fuck so I went to try it myself anyway. 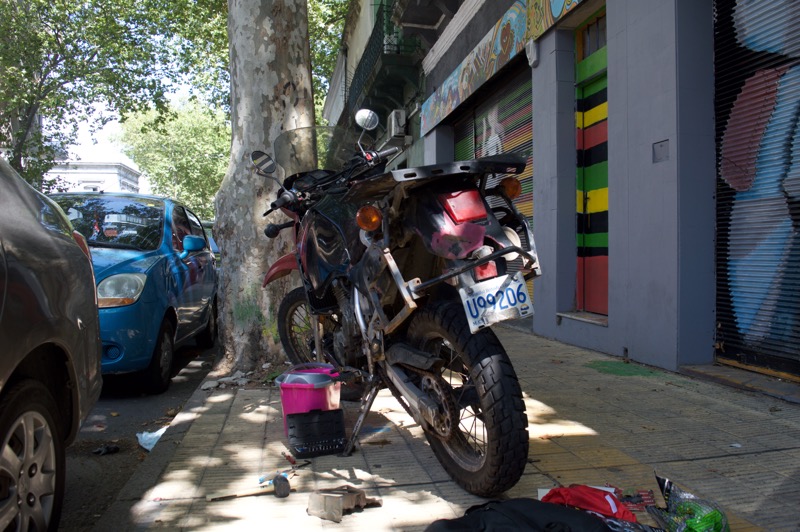 I parked the bike on a street near my hostel and got started. Replace a cable here, replace one there and now let’s undo some bolts. Hmm, stuck. This one? Also stuck. Fucking hell, everything is stuck. Rust sucks! I wasn’t even able to get my rear wheel off. With my tail between my legs I pushed my bike to a nearby mechanic to ask for help.

That turned out to be an excellent, very perfectionistic dude that sanded most of the rust off the most important parts. 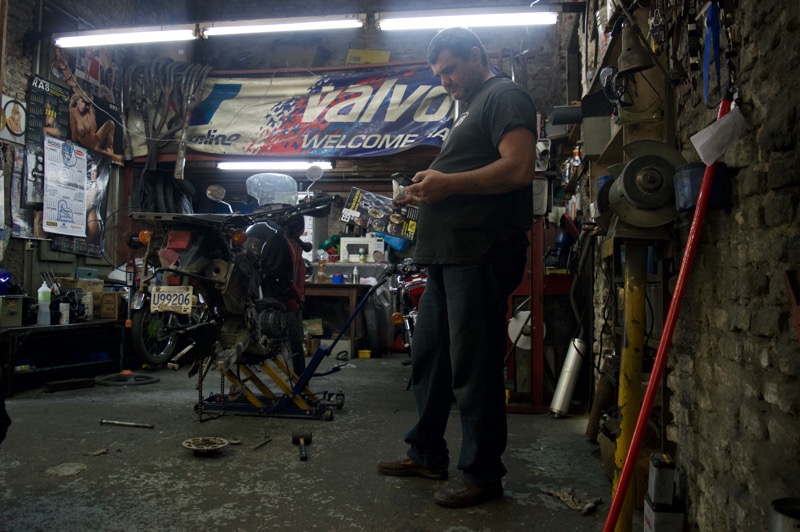 With a new chain and sprockets, my bike was starting to look ridable again. There were a couple of more things that needed to be done that were beyond my powers. For that I raced back to Willie again. 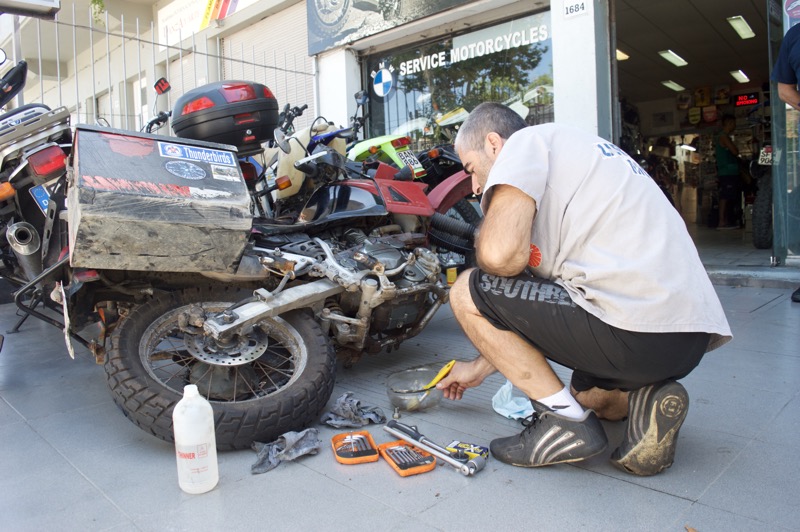 Things like an oil leak. And taking the forks apart.

But once that was done, the bike was really done!!! Back in very good condition, or well, very good at least considering how it was before. It’s probably now in better state than it has been since that crash in the US. 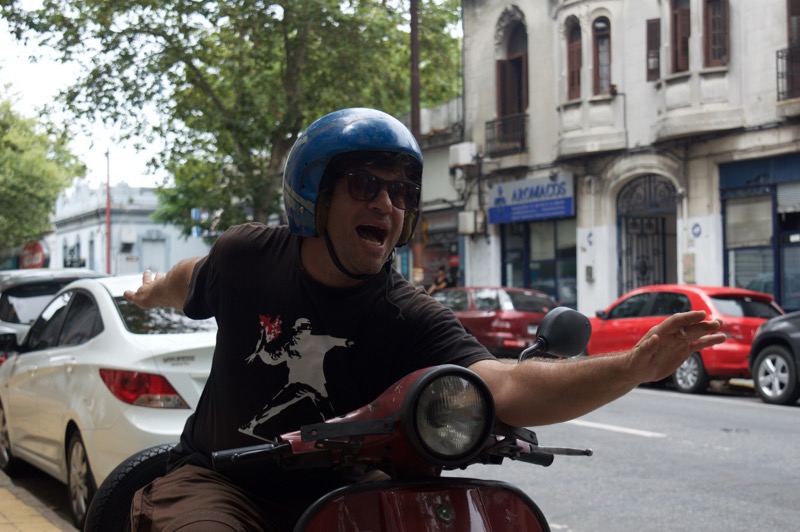 I also spent lots of time with Eddie, a video editor from Amsterdam who’s ‘sort of’ living in Montevideo. He has a Vespa, that he likes taking on rides to ‘Noord’. 10/10

There was one more task though, maybe even the most vital element of the whole bike fixing mission.

If this would fail the whole trip would have been fucked. 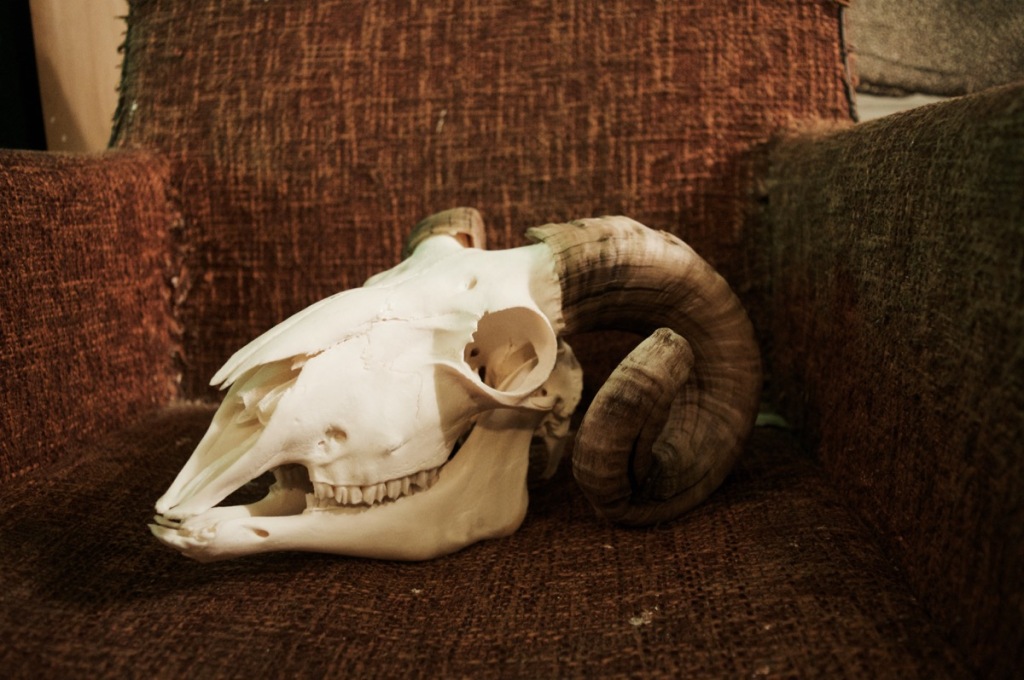 Obviously I’m talking about the goat skull that my friends in Amsterdam gave me. Thanks so much again, best gift ever. It needed to be installed on the bike. 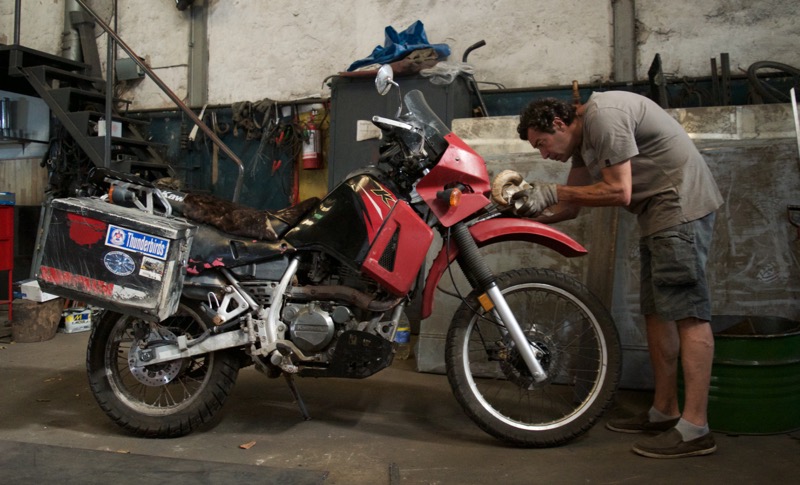 For this I didn’t need a bike mechanic but a welder. The dude above matches this description. 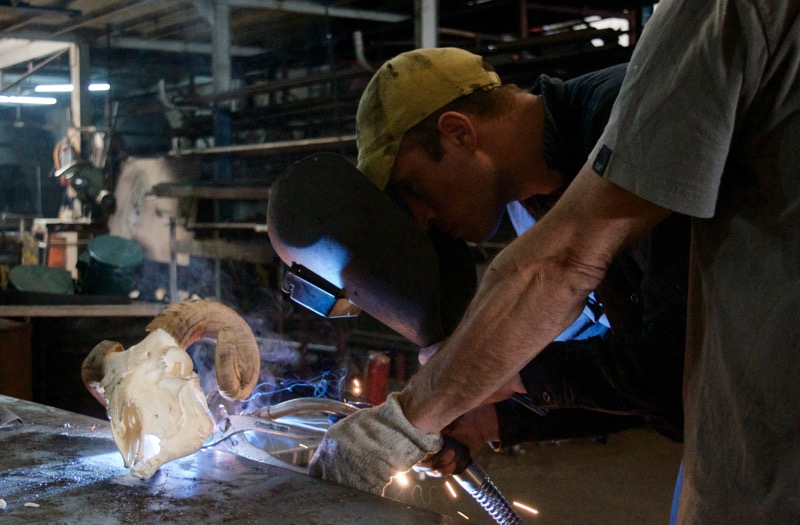 It just took him like 2 hours and that too was DONE! I just needed to install the lights myself and I was completely ready to go. 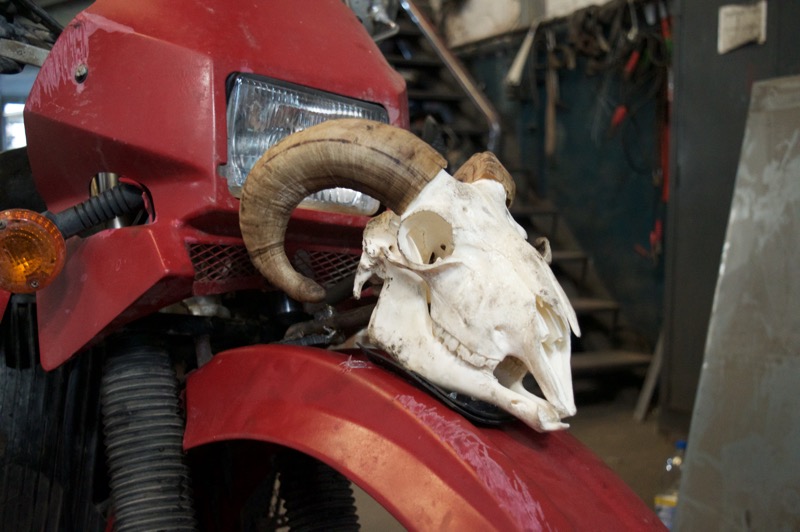 So all in all fixing the bike went well. I couldn’t do as much myself as I’d hoped, but this only set me back an extra $100 or so, so I can live with that. 4 Days of crossing around Montevideo and no major hiccups.

The day after everything was done I left.

But not in the direction of Ushuaia.

See, someone told me that there were excellent parties in Punta del Este, which is 180 degrees in the opposite direction. So that’s where I’m now. Just a few days here, and then my direction will be south! 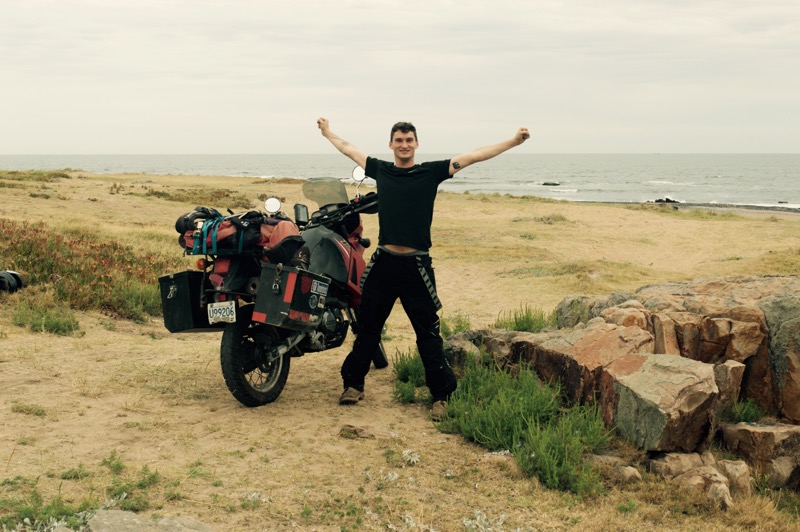 One thought on “Man vs. Rust”