I guess it would be around that time isn’t it? Yes, we finally have another blog post!

In keeping true to form, the following takes place around 2-3 weeks ago, in Cancun and Playa del Carmen on the lovely Yucatan Peninsula in Mexico.

Here at livedeleven.com the customer is king, and we do strive to bring you timely blogposts. Currently however, we have had limited internet access as we work on a camp site with a crazy englishman mere 25 kilometers from the Belizian border.

Keep calm, full details of that on-going adventure is underway and will of course have its own post. For the moment though, its time to discuss Cancun and Playa del Carmen.

We arrived in Cancun after a long journey from Mexico City, taking some time to take some glamour shots at Chichen Itza. 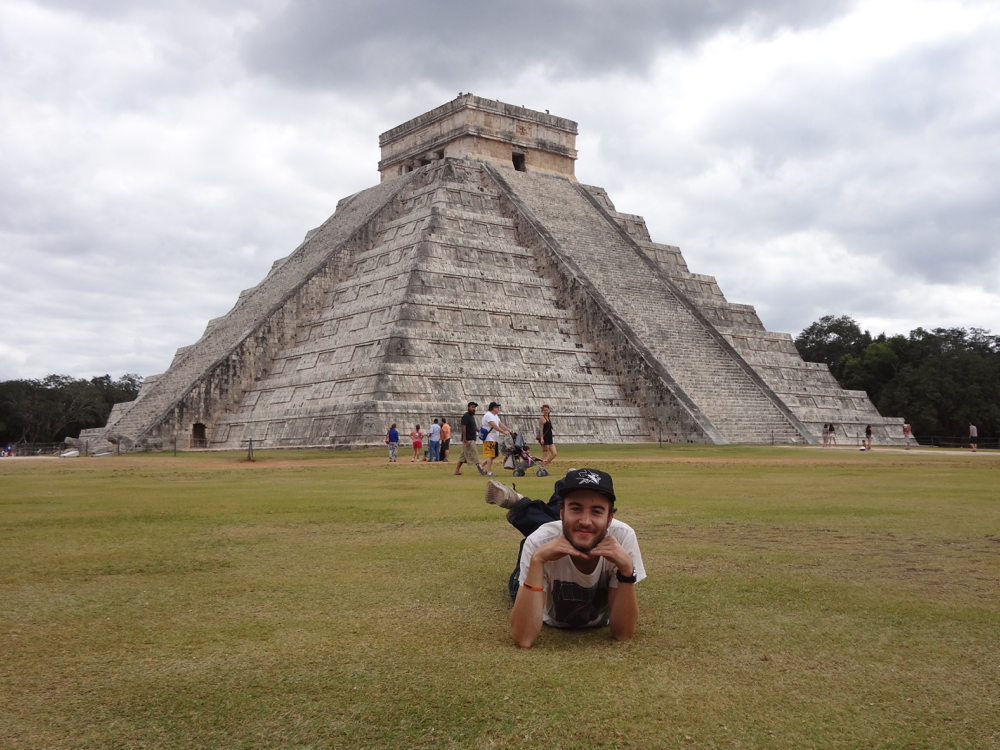 Upon arrival we met up with our San Francisco couch surfing host and self titled “Equine Goddess of California” Deborah with whom we had enjoyed 3 weeks or so of jokes in San Francisco. She had flown to Cancun with some friends from her home town, a surfing community called Cupertino, California and now works as the “Head of Horse Relations” for livedeleven.com 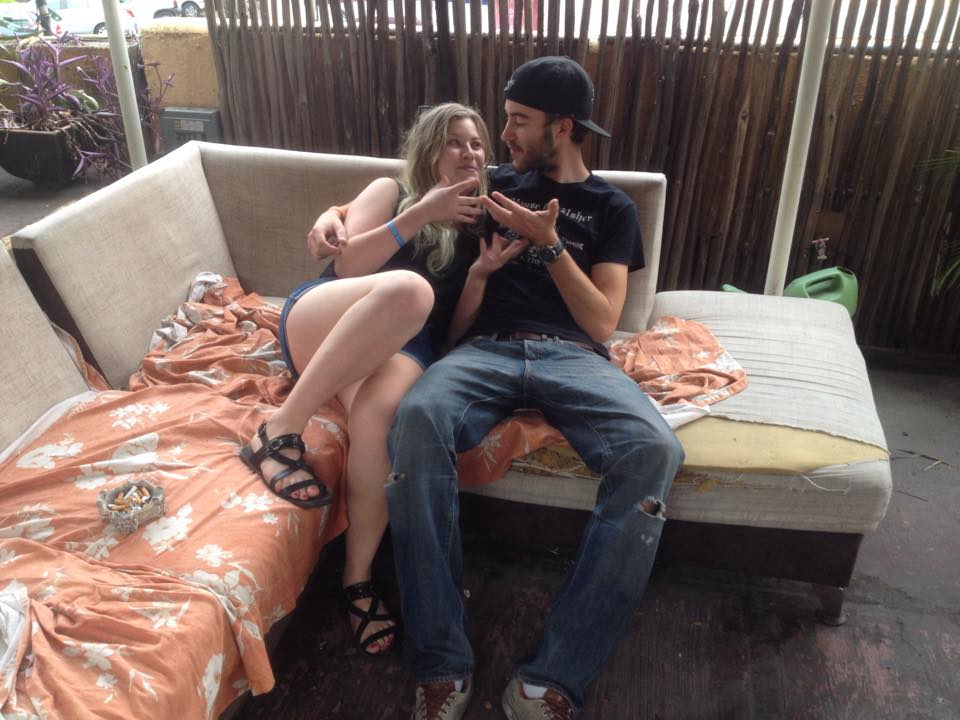 Me explaining to Deborah how horses don’t exist in real life.

The plan here is to spend a night or two in the hotel that her friends have booked (squatting their room basically) and spend some quality time getting hammered. 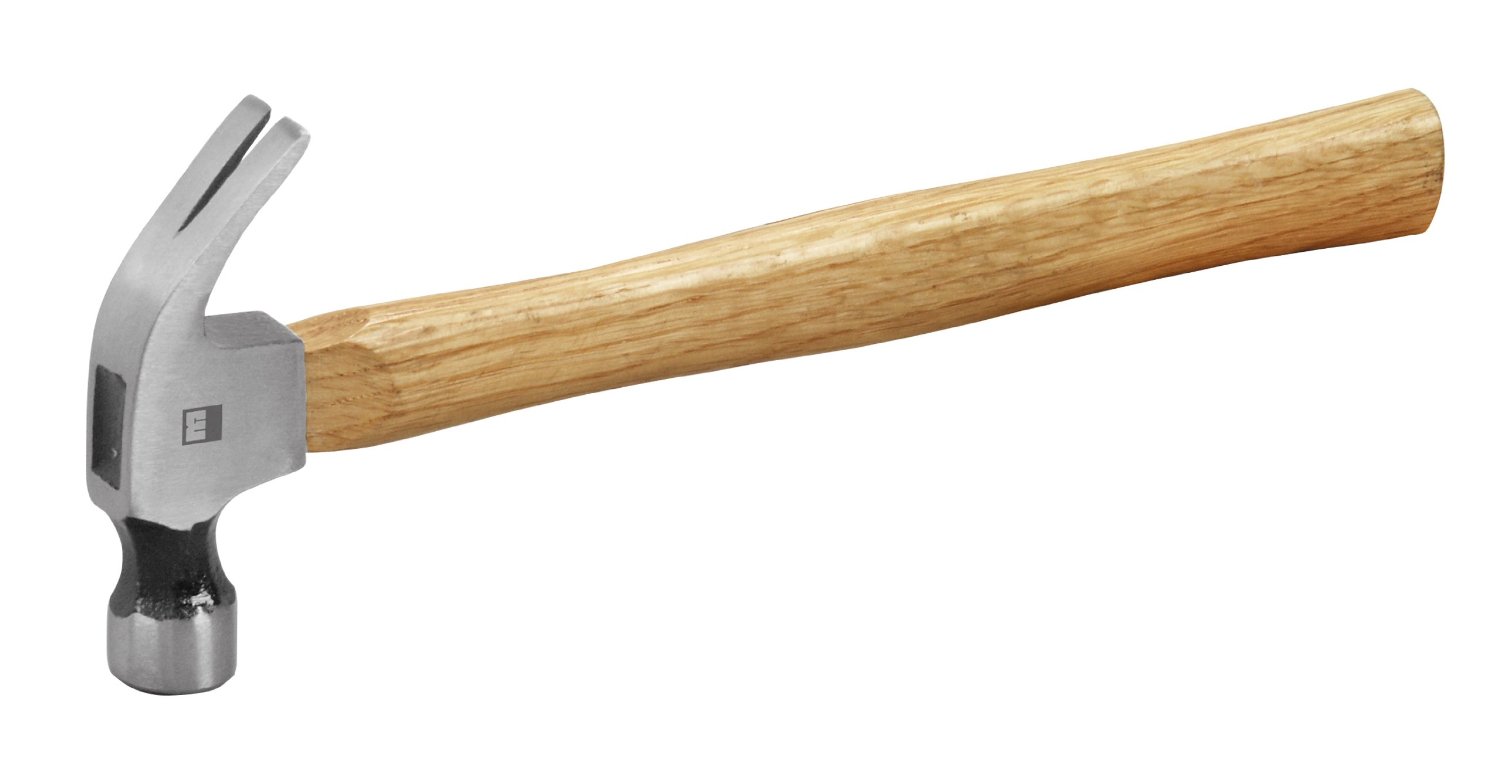 (We don’t have many pictures of Cancun)

The hotel is directly in the hotel district in Cancun. And yes, that is as touristy as it sounds. Not that it wasn’t expected though, we were there to party! 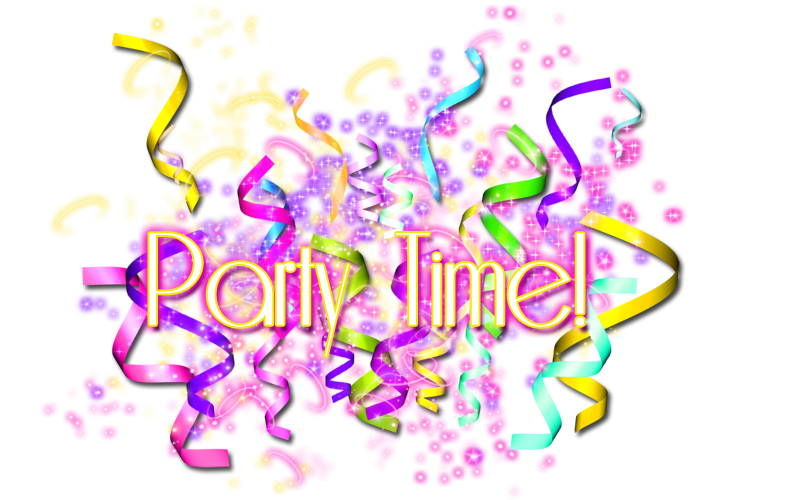 As things turned out, we ended up getting caught while sneaking out of the hotel by security and were soon banned from staying the night due to the minor detail that we hadn’t paid for a room. Bastards.

Although this proved to be quite a hinderance to our partying, it was by no means a mood killer. The biggest challenge we faced was the illness that Thomas was facing. He had caught some sort of bug from Mexican food and despite his best efforts was simple unable to give 110%.

Thomas “Can you add how like, I was shitting my own intestines out, by literally going to the toilet five times an hour, and vomiting…fuck”

As Thomas left early to find another hotel, Deborah and I decided to head out anyway, spending a few hours in some bar/club across the street before heading back ourselves. Learning a valuable lesson never to trust big hotels, we decided to return to our old friend the hostel…

You must understand first that Cancun has a “Zona Hoterleria”, a hotel zone where we had attempted to stay the first night.

It is basically like Puerto Rico, an American territory. Much tourists, so wow. There is a nice beach that runs on both sides of the peninsula of la zona hoteleria, however a lot of the beach is private, owned by the multiple story hotels which line the shore. 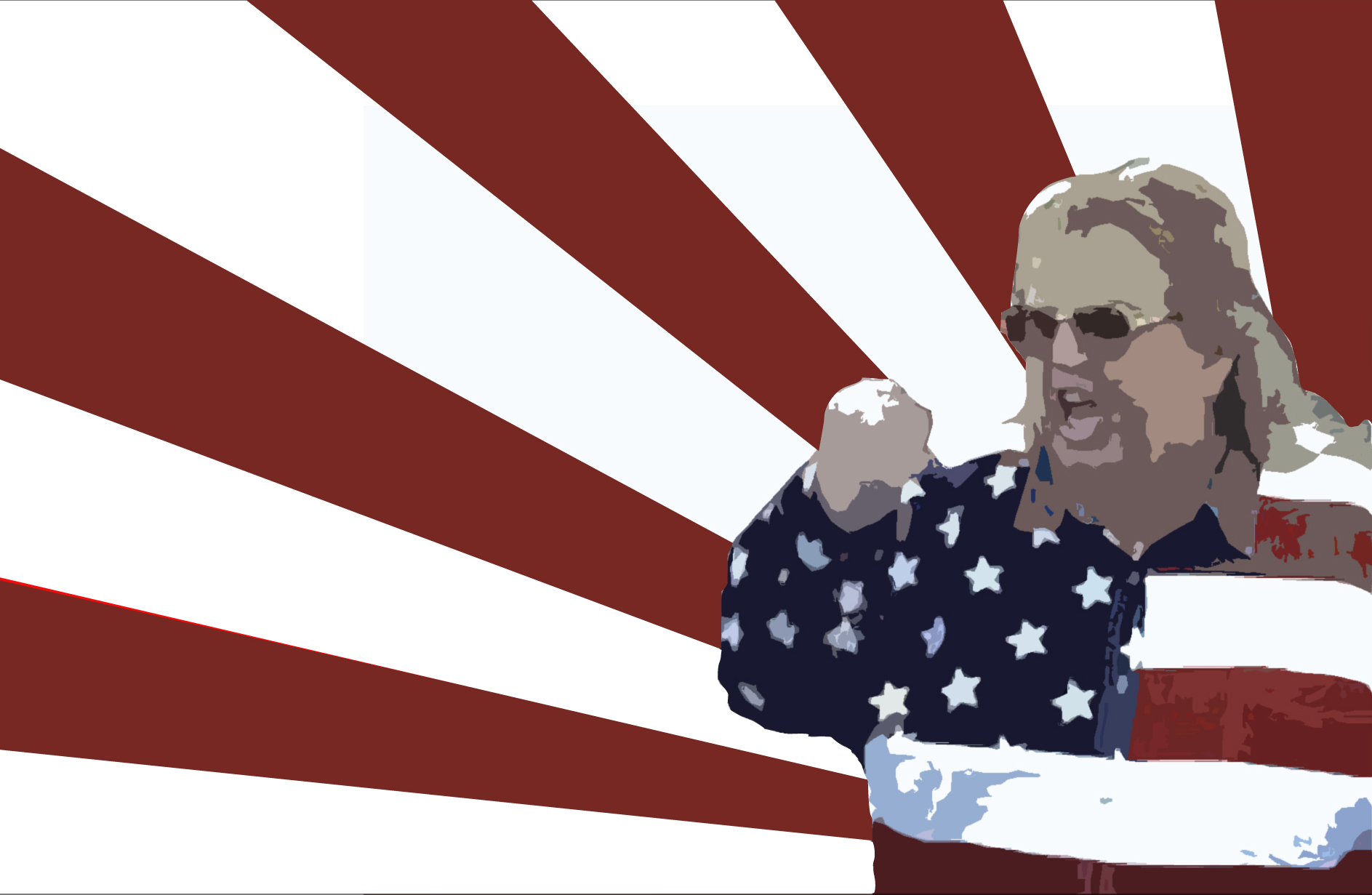 We had heard stories of $80USD club entry, however generally you could get in for $30USD. Not that we even thought of that though. There’s a “Hooters” just like in the US, as well as a team of guys trying to drag you off the street for this totally awesome tour that only they can offer. Apparently they were doing a special price just for me but we still declined, how rude.

Where our hostel was, was actually quite cool. Located in the center of Cancun, it was a little way from the beach, which was just fine by us. 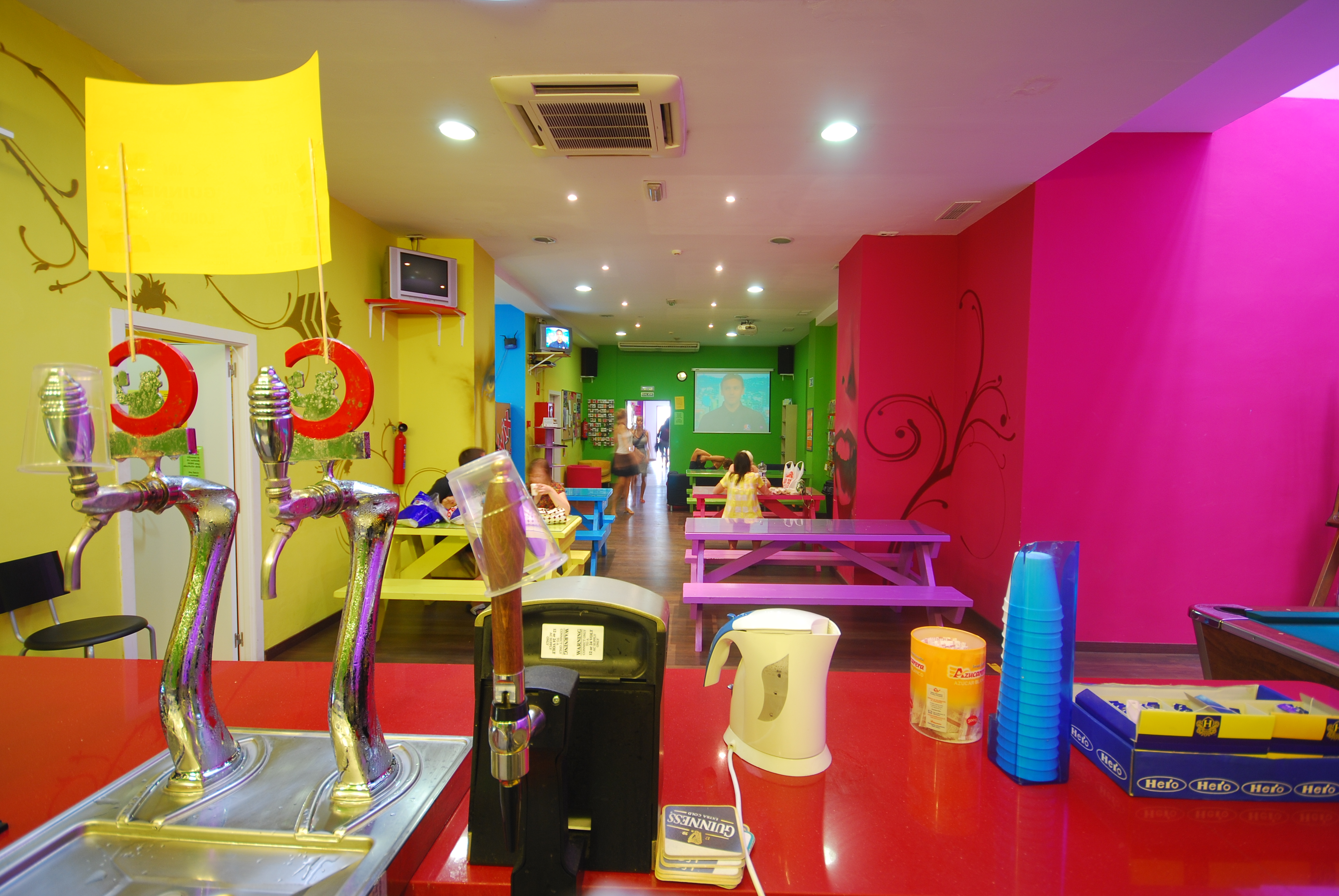 Here you can actually find taco stands. Most in the hotel district have been pushed out by large companies and gangs. There was a nice market making fresh quesadillas, something sincerely missing from the hotel zone.

The hostel its self was very nice, with a spacious roof terrace and friendly crew. We still struggled to party like we wanted to but enjoyed the chilled vibe none the less. With Thomas still nursing a rustled stomach we spent most of our time relaxing as well as driving around Cancun, myself getting hopelessly lost on more than one occasion.

Meeting up with our Silicon Valley host was proving to be a lot of fun, but soon the time came to say goodbye. I dropped Deborah off at the hotel where her stuff was, and prepared to move on with Thomas for the 60km ride to Playa del Carmen.

Thomas was feeling better at this point and we were ready to finally arrive at the famous BPM Festival, a 10 day deep house and techno extravaganza located in the day and night beach clubs of Playa.

We arrived late of course, the journey taking a while due to myself getting hopelessly lost driving back to our hostel. We had reserved a hostel in Playa towards the center, and after dropping off our bags we got down to business: Party time at BPM! 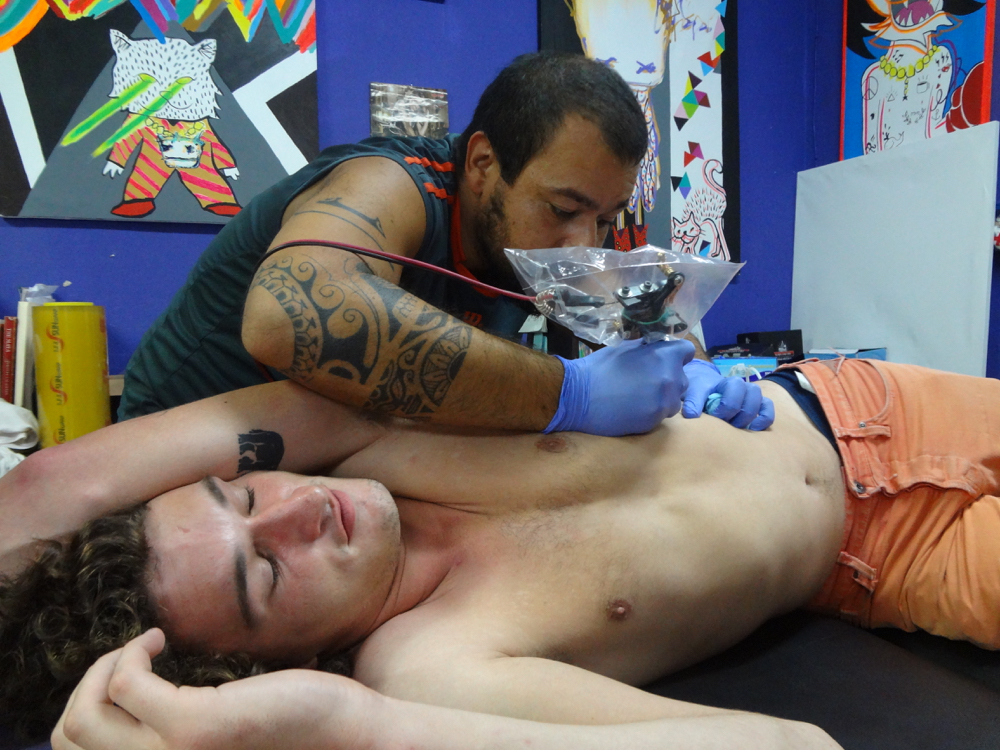 Thomas also got a tattoo! 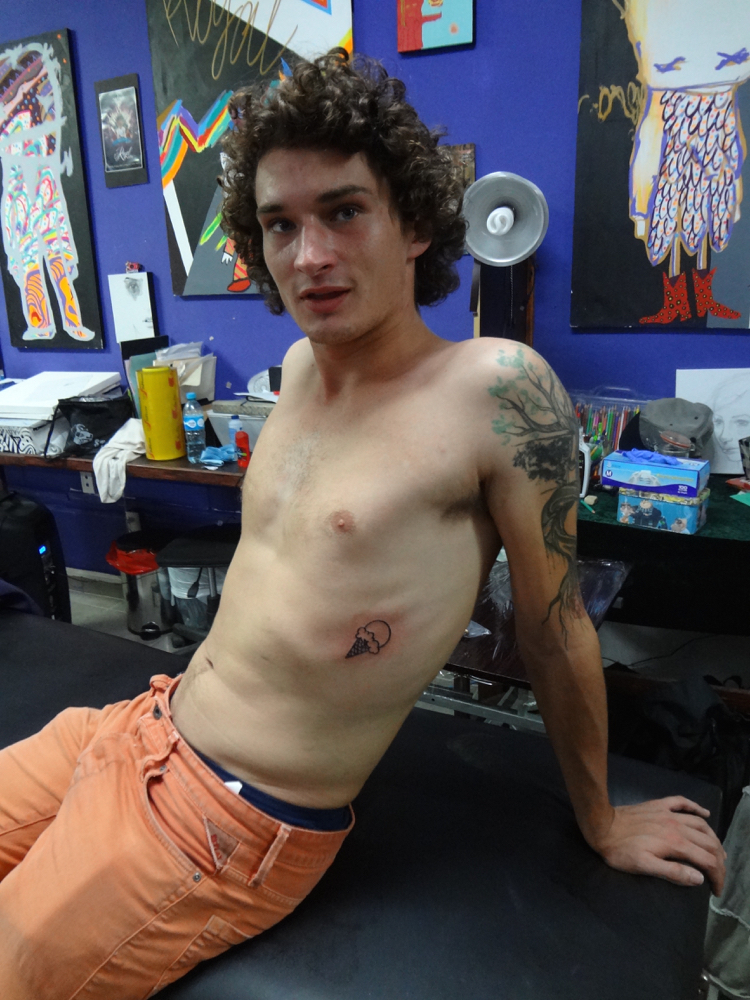 The first item on the agenda was the keinemusik night at Tabu. We had bought tickets in advance however a week or so prior to arrival I was informed I had won a guest list entry with a plus one.

This meant that I was able to sell one of my tickets to Alysia, a friend we made at the hostel. She would be joining us at Tabu. The lineup was a big one; Till von Stein, David Mayer, Adam Port, &ME and Rampa. 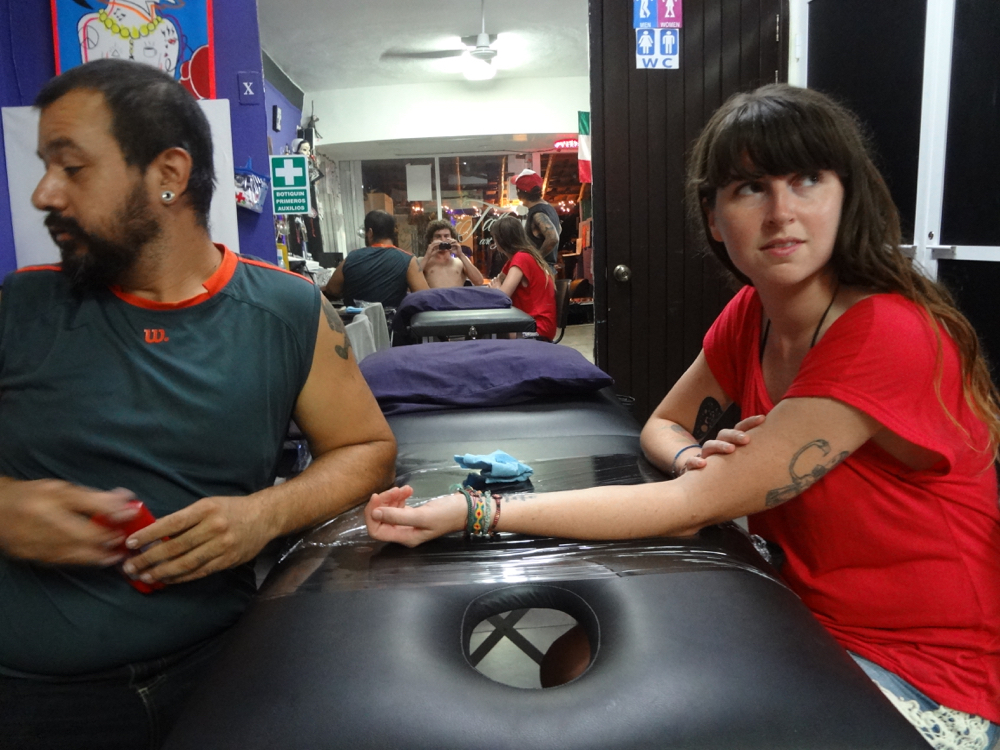 Alysia getting a tattoo as well

I had been waiting for this night for a LONG time, keinemusik being one of my favorite record labels. The club was an absolute sweatbox but no-one cared. Contrary to other nights we went to, the DJ’s didn’t just stay behind the booth or in the VIP area. Those who weren’t playing were on the main floor, talking and interacting with the crowd. This made for an amazing vibe and of course the music was awesome. 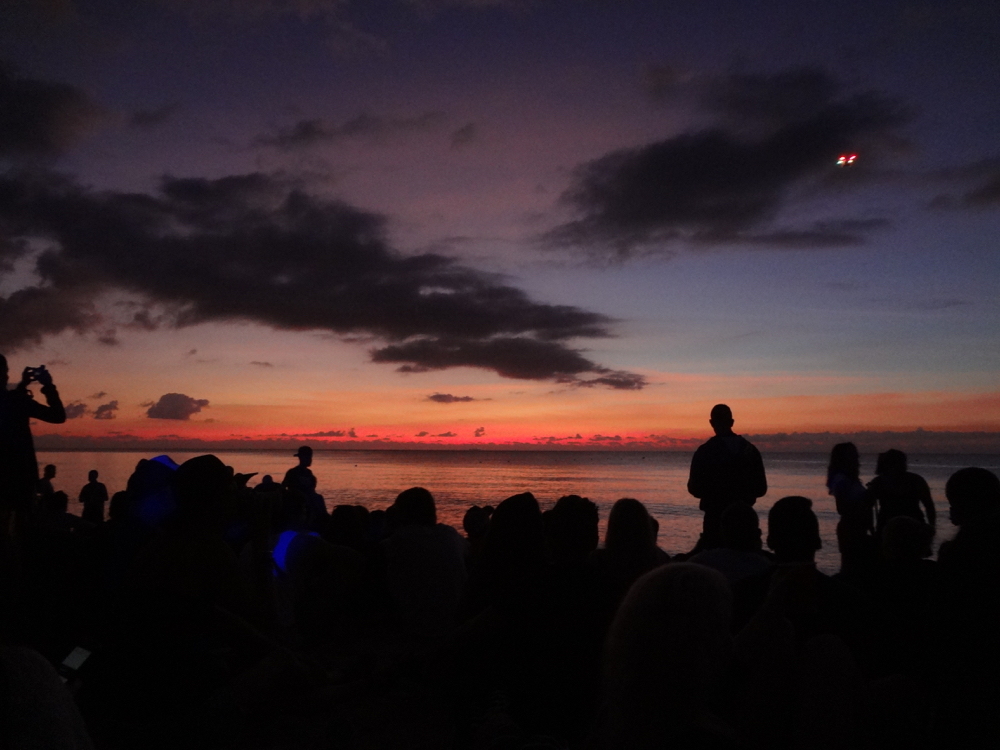 I ended up staying until close, the night just flying by. I left in broad daylight. Dirty, sweaty, and content. Wandering around Playa, I found an afterparty of sorts. A beach club was still open, and there were about 50 people dancing on a small stretch of sand outside the club. The music was easily loud enough to hear, the beauty being we didn’t have to pay to enter the club. Cha-Ching.

The same day, after a brief power nap we would end up going back to this beach club for a day party. The name of the club I found out was Fusion, and the party: Maeve Rave.

By coincidence at our hostel was Gina, a Dutch girl we had first met about 2,800kms away at Cabo St Lucas in Baja California. She would be joining us with some Irish friends who were keen to see their fellow countryman and headlining act Mano Le Tough. 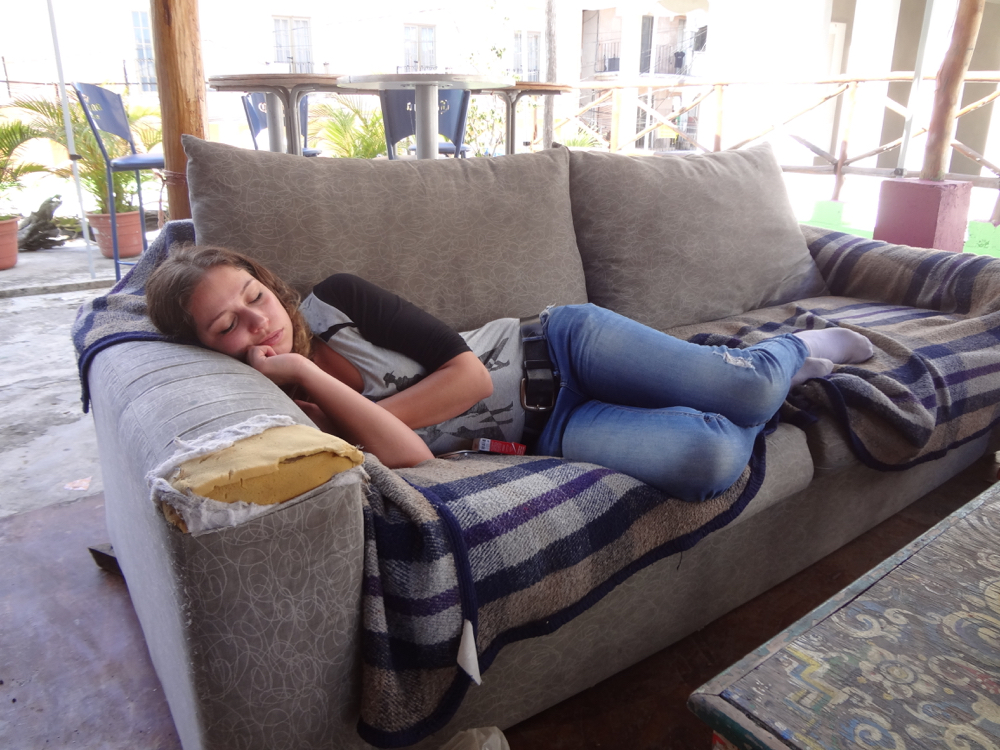 He was joined by DJ Tennis as well as Baikal and The Drifter, who I had never heard of before but all of whom played amazing sets. The setting was perfect. The club was directly on the beach so we were able to dance on the sand.

This time I was on the other side of the fence as a paying customer, which for the price of $20USD was well worth the cost. DJ Tennis was my personal favorite of the four, with either Mano le Tough or Baikal a close second.

The best part of Maeve Rave came at the end, an expected closing time of 8pm being totally discarded as all the DJ’s played a b2b2b2b set for the next two hours or so.

At this point however, our legs are dead and the idea of calling it a night becomes a very attractive option. The music was simply too good so I decided to stay until close anyway, hanging our with the indestructible Irishman.

Once the club closed around 10pm, it was decided that we would call it an early night. The Irishmen would continue on to another club, and then another the next day. Total animals.

Get a load of this guy…

We would attend one more BPM event: Paradise, where Jamie Jones and his crew hosted a party 20kms from Playa. Here we boarded a truck for a further 2kms into the jungle to be greeted by the most impressive venue we attended at BPM, Blue Venado. 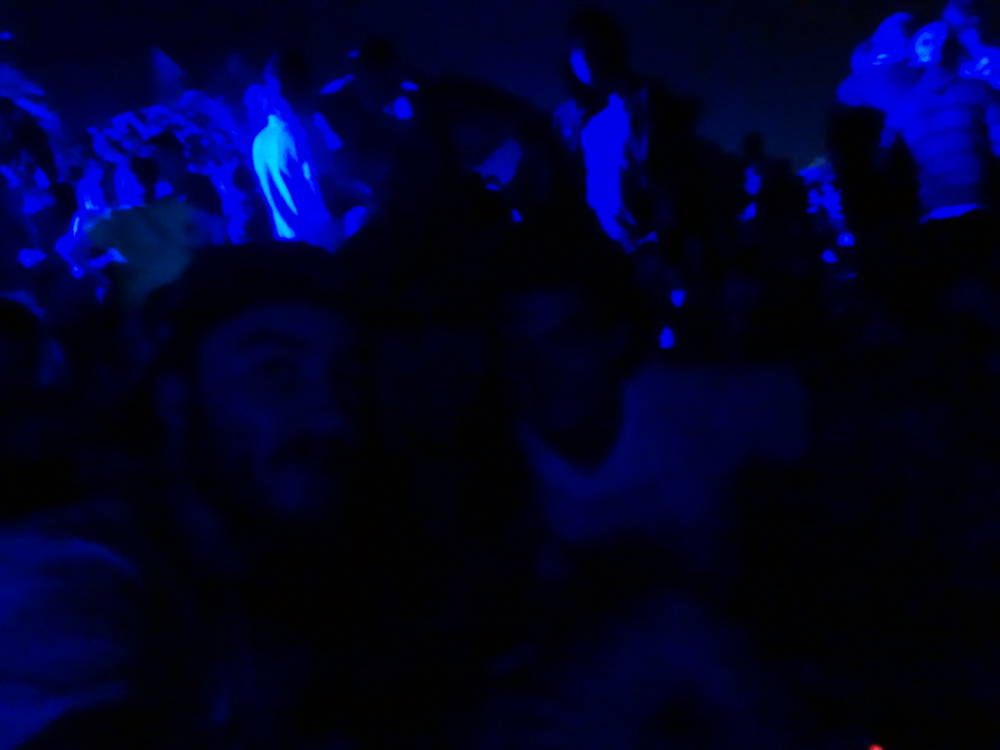 Here we danced under a massive hut and spend a lot of time sitting on the beach listening to the likes of Richy Ahmed, wAFF, Lee Foss and of course Jamie Jones who played a massive set which started at 5am and was still going strong when we left at around 9:30am. On the taxi ride back, our driver had told us the party was to end at around 1pm. Impressive. 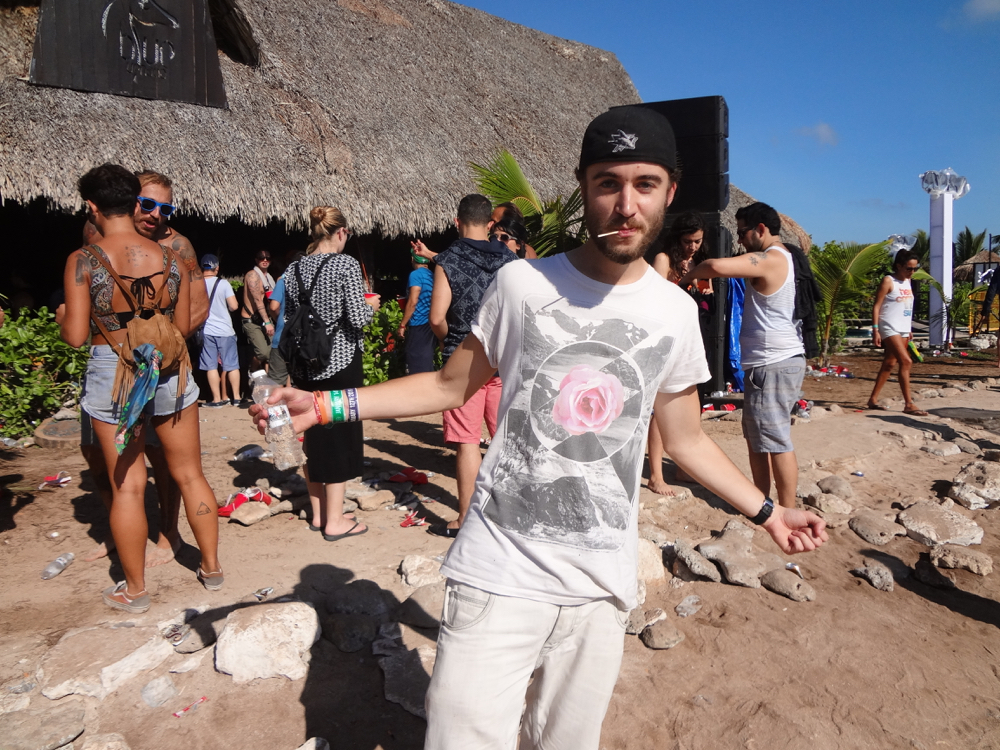 The Whitest Dude at BPM

Before and after these parties, time spent not recovering was spent working on our motorcycles as well as chilling in our hostel, The Happy Gecko. Here we met Oscar, a local artist who very nicely offered to paint our bikes with his airbrush. 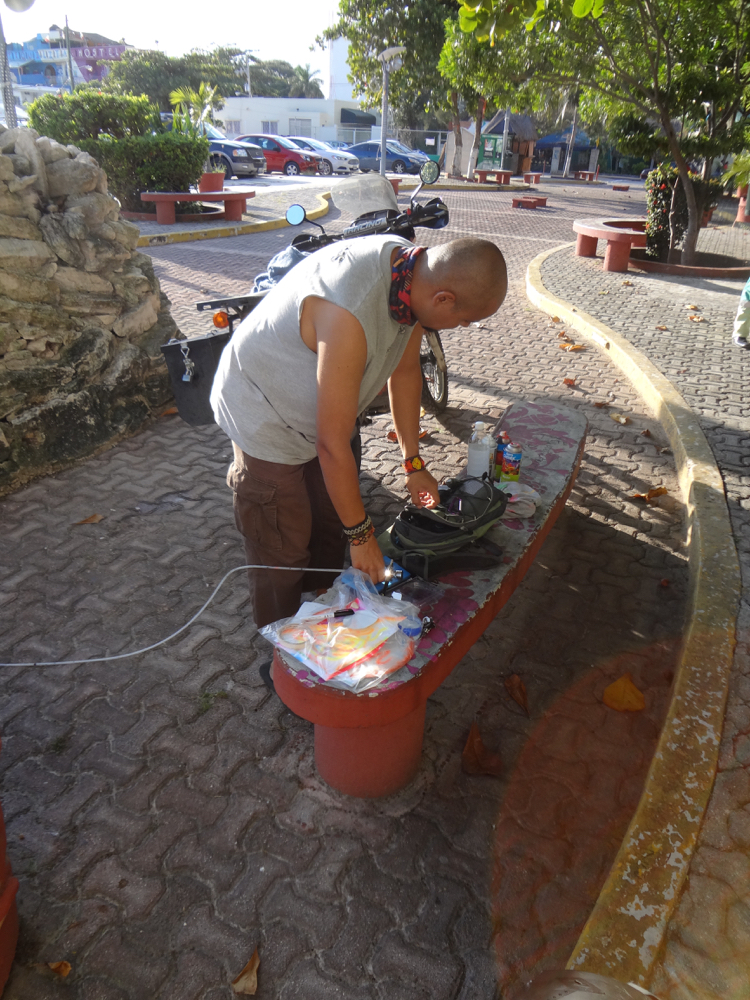 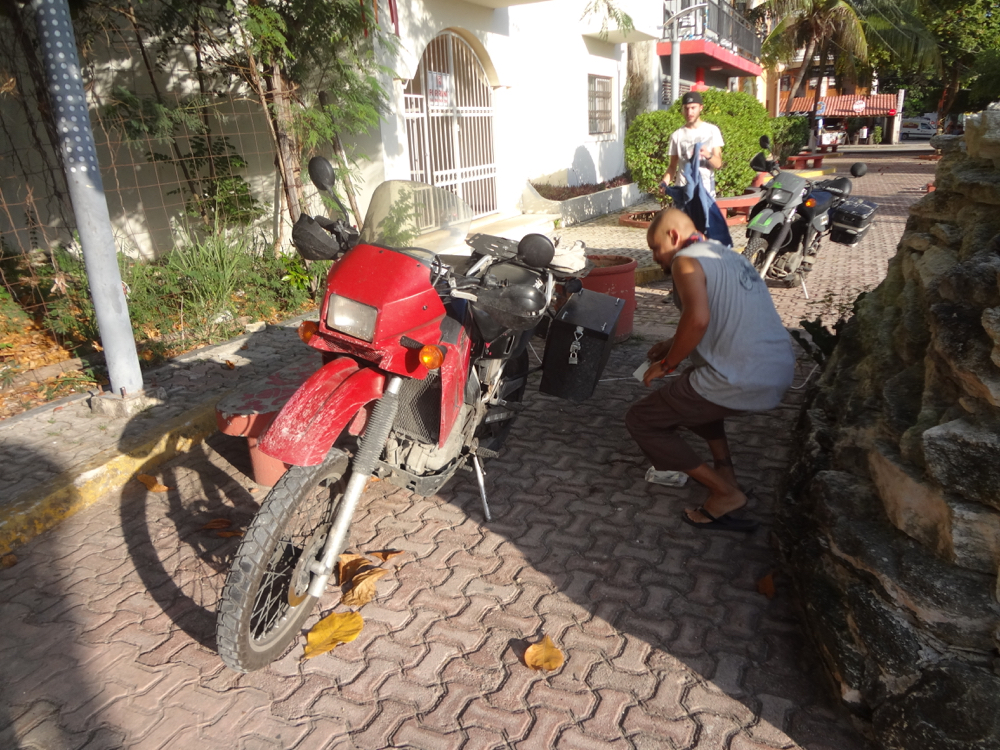 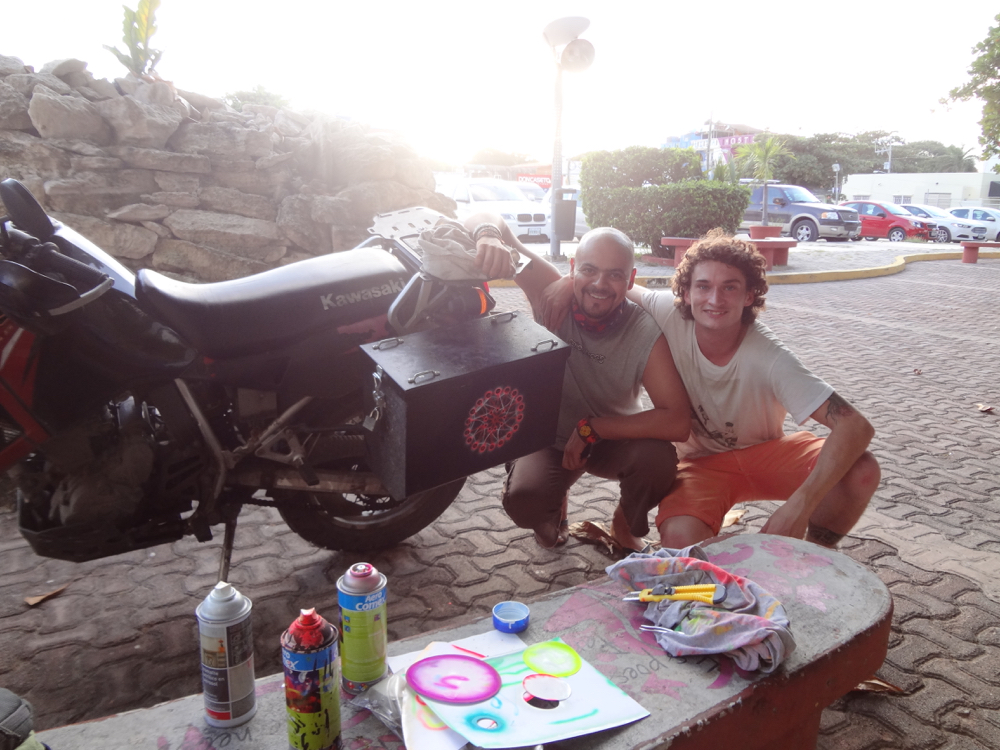 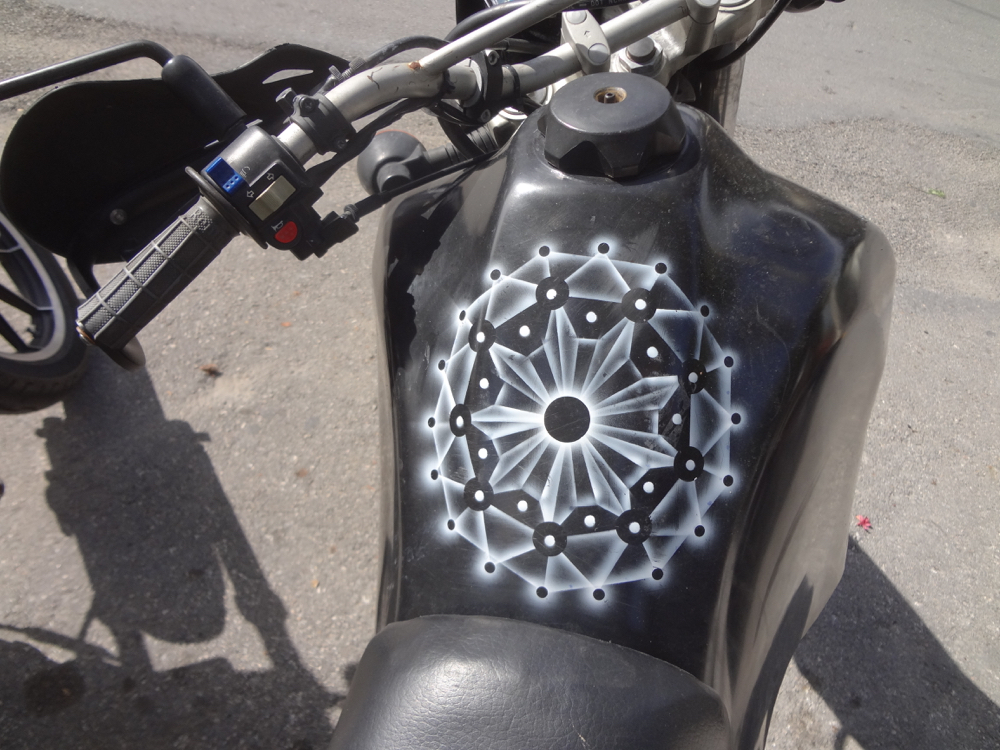 The vibe in Playa was great, thousands in and around town from all over the world. BPM brings in all the crazies, which turns Playa in to a sort of a zoo.

This brought a great crowd to our hostel and we spent a lot of time in between parties chatting with new friends and soaking in the atmosphere.

The last item on the list in Playa was bike maintenance which we hadn’t done since our time in Agua Dolce. We pulled in to the parking lot of Home Depot and got to work. It was the same things to do as before, this time however we got it done a lot faster. 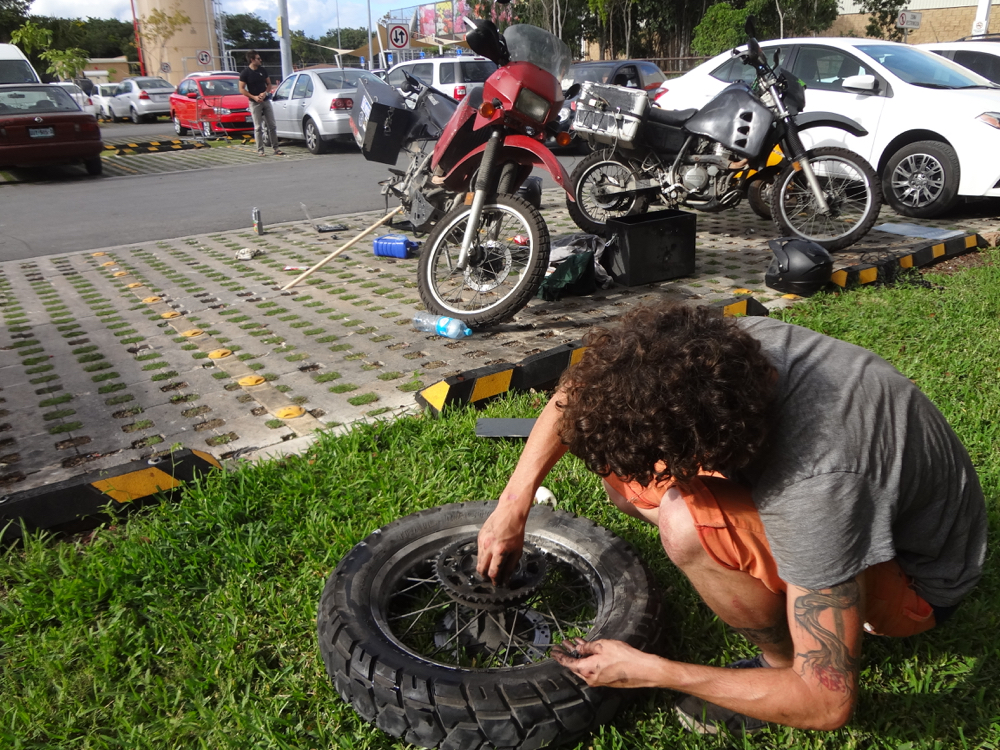 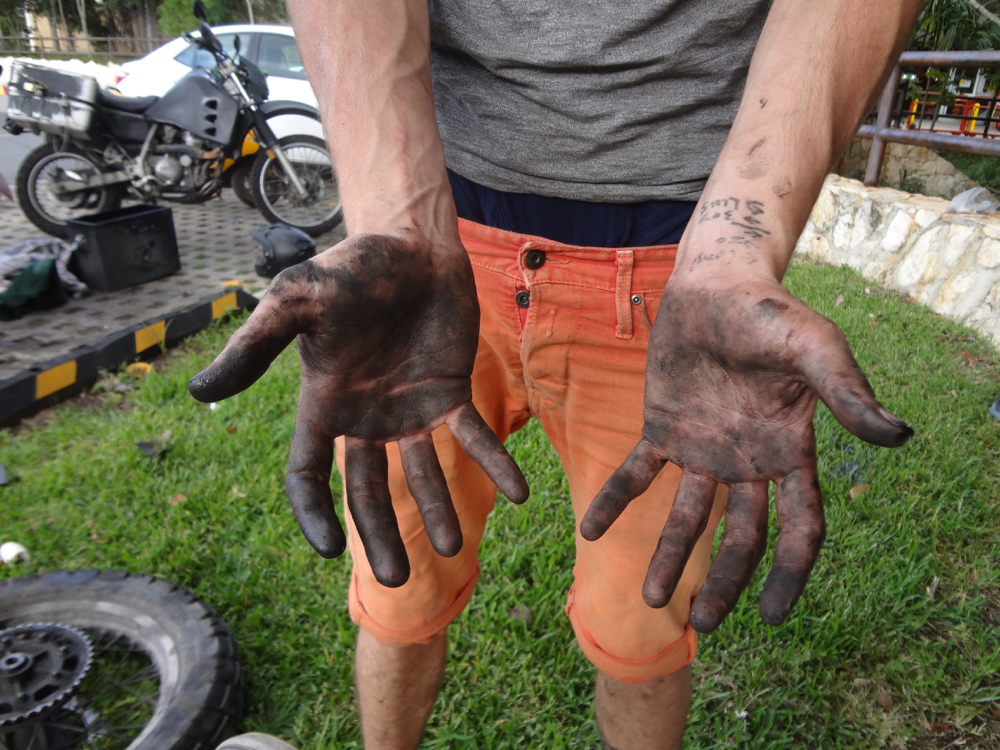 With BPM winding down and finding it hard to justify spending more money on partying we decided to move on. We said goodbye to Gina and our new friends and made our way through Tulum and into the fourth country of our trip: Belize.

Expect of course, it didnt work out like that, we are still in Mexico.

Stay tuned for a write up about our new life in ‘The Botadero’, with our English maestro “Miguelito”. That post coming your way in 4-5 working days (10-15 Mexican working days).